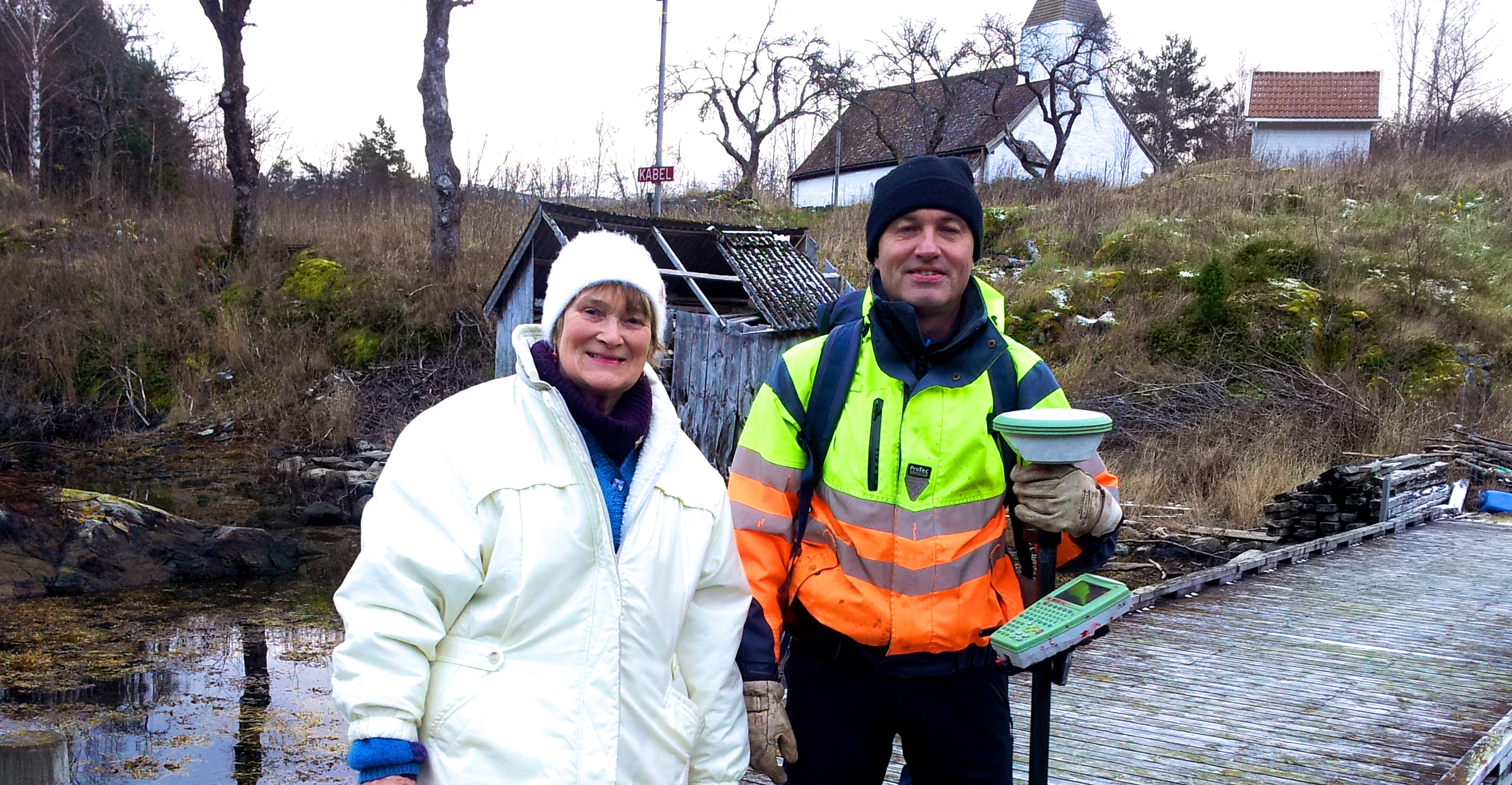 Everu possible and impossible official bodies have said ‘yes’ (or not said ‘no’) to us building a little chapel for the ‘Worry tree’ on a ground on the island Kvamsøy. Inger Johanne and Bjarne Hjartholm, the property owners have all the time been positive to the project, and have been willing to give land for the house. Balestrand municipality, including all involved parts of administrastion, have given good advises and support in every part of the process. What a community! In Balestrand it is possible to be an ideamaker and -developer. Our experience is that it is not only an official body but they are human beings! People with knowledge and competence, and most worthfull of all: sight for walking and viewing.

Some grey weather from the morning changed gradually as the outer limits of the land mas marked. When Åsmund Land surveyor  had drilled the iron mark bars  ‘the boundary stones’ into the rock – 5 in number -, og got them marked to the GPS, the November sun was shining. Bjarne brought us back to the mainland by his little rowing boat, and – as in school essays – we all agreed on ‘that it had been a great tour’. We all knew that this was a historical day.

Kvamsøy in Balestrand, the county of Sogn og Fjordane, situated at the northern side of Sognefjorden; 147 km2.

On the island close to the inland, ca. 15 km south of Balestrand sentre, you’ll find Kvamsøy church from 1300. The new chursch from 1903 is about 5 km further out at the fjord. The narrow fjord ‘pond’ between the island and the mainlandis one of the best harbours in the Sognefjord area. and there are traces of moorings to where the ‘jekte’ could be fastened  (jekt: a boat with high, upright stem)