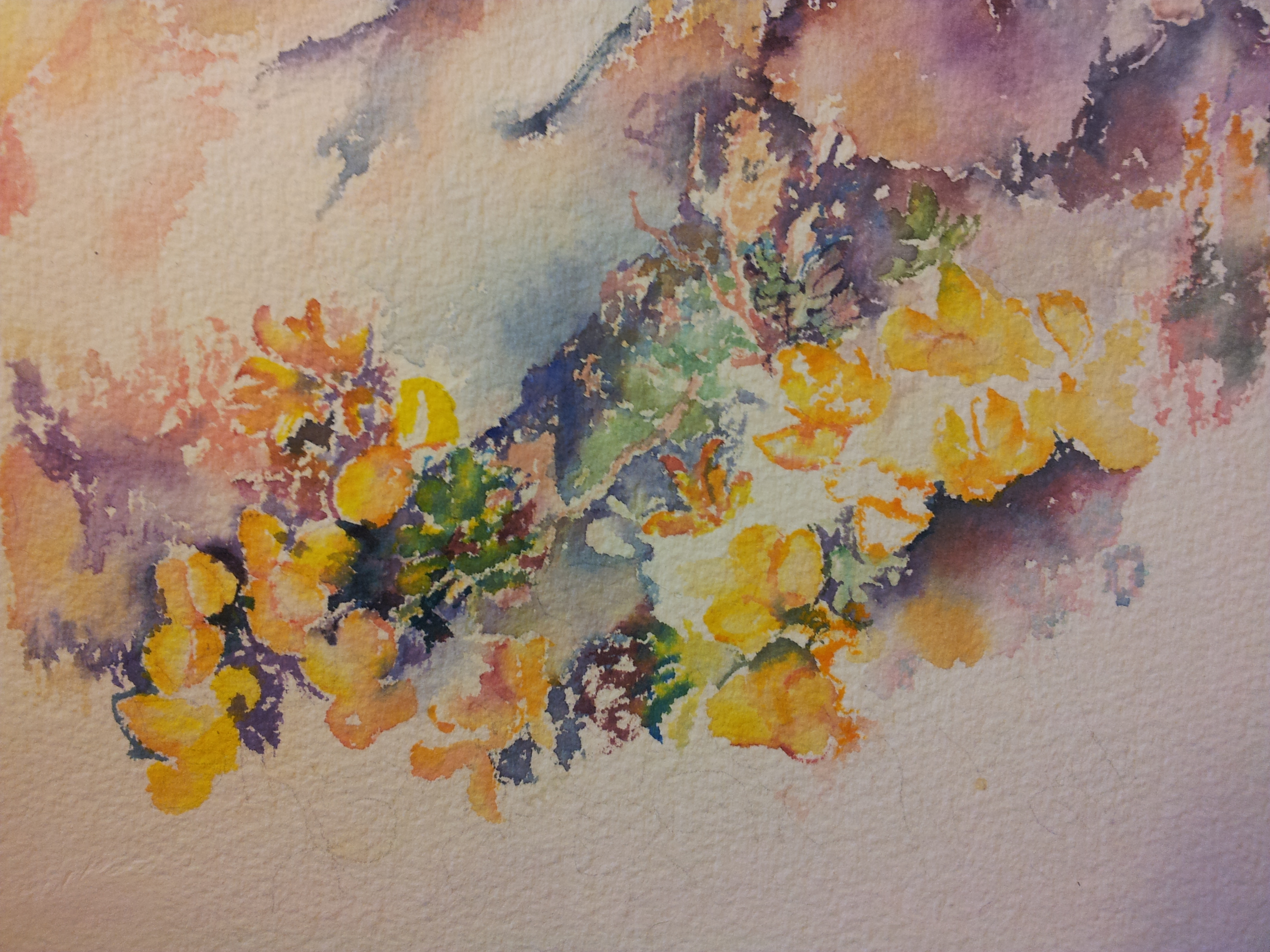 Today is an unusual day…so far. Secon day of the second month; outside on the doostep I felt it: something met with me; a light drizzle in mild air breathed my chin … distinctive fragrance fill my lungs. Down at the Ese strands… the majestetic mountain Vindreken is hidden in fog, but Ramnaberget stands clearly forth with its shiny slopes… the fjord is calm… small raindrops are playing tag with rings in the water … the sun is actually not visible at all, it only feels like. On the way home the sun breaks through like a star in the grey … ‘Only the rainbow is missing on a perfect day…. Just as the thought came … I turn… and there the coloured bow appears over Tjuatoten…… 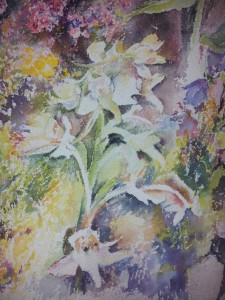 Oh, what a day I’ve got!
Now I really want
to start my work!
And look,
the sun shines like gold –
and joy is overtaking!
For I am happy, just happy,
Everything shines in the sun.
Look, butterflies dive
into dewy leaves
in slivery and sliky clothing..
Can happiness be described
in any better way?

[box style=»rounded» border=»full»]February is the secon and shortest month of the year. February means cleansing, and in this time of the year the romans had their cleansing feast. In the early roman calendar March was the first and February the last month og the year. In Norway during the nordic time February was named  Gjø month after the goddess Gjø (‘soft and fertile) Later on, in fact all the way till 1827 it was written  Friendly month in the almanac. The friendly name to the month because the days became noticable longer – See more at: http://www.aktivioslo.no/guide/aret-rundt/februar/#sthash.DYAGe2ly.dpuf[/box]